I know that. Everyone who has done home renovation or repair projects knows that. He still sneaks up on you!

We have extremely hard water. Living in New Mexico we also have very dry air. As a result the faucets become covered with rock hard lime deposits quickly. Our kitchen sink had been getting slower and slower. It was also getting harder to swing it from side to side. I had removed the aerator at the end of the faucet, soaked all the parts in Lime Away, but it kept running slower and slower. My thought was that lime/rust/particulates had accumulated where the sink supply line connected to the main house line. To fix that I would have to take all the stuff out from under the sink, crawl under there and take it apart. Depending on what I found, I might be able get by with flushing the lines, or I might have to buy a replacement. At 67 it hurts to get down on my knees so I kept putting off fixing things.

The faucet is one of those on a pull out cable that can be used as a spray head. Yesterday as I pushed on it to move it from one sink to another, the the plastic where the faucet threads into the cable broke. I didn’t even know it could be unscrewed there! Once it broke it was easy to see there was another metal mesh screen there and it was almost completely blocked with small chunks of rock hard lime!

With a Dremel tool and a cutting bit I was able to remove the broken off segment of plastic without damage to the fitting. That was fun because it was quick and easy; plus, I had taken some verbal abuse for wasting money on another toy (tool).

With the mesh removed and the lime pieces cleaned away, the water flow was back to full force for the first time in years. To make my happiness complete, I rescued the broken off faucet part from the trash and discovered there were enough threads left to let me screw it back on to the cable. Obviously, it won’t take much sideways force, but it made the sink functional again while we decide what to do.

Have you head the term Scope Creep? Since the spray head is broken we could replace the faucet. Since the faucet is old maybe this would be a good time to replace it. (Spouse has already found a new one, on sale, online, while I work on this). The sink itself is old, ugly and has lime deposits. In fact, the whole counter could really stand to be updated! Negotiations are in progress.

This morning I started doing dishes with my wonderfully abundant hot water supply. They had been accumulating in the sink for a week because the grandkids visited for a week and right after they left we had a septic tank/drain line clog (any chance there might be a connection between the two events?) The clog happened late Friday so we had no drains for three days until they pumped the septic Monday morning and I snaked the drains.

About a half hour into catching up the dishes I happened to look down, and discovered I was standing in a large puddle.

But, life is good. We got to take showers. I had abundant hot water. We had clean dishes again!

Not a fun surprise on our wood laminate flooring. Too bad I hadn’t thought about it sooner, but with half the threaded part broken off the spray head, it was too short to seal the connection. It seemed to work OK, but with the spray head in its holder I didn’t notice it was leaking water. The water ran unseen back down the cable and dripped under the sink. These things are always terribly obvious in hind sight!

I thought those of you with repair experience would see the humor of it and be reminded of some of your adventures. (Ones that happened enough time ago they seem funny now.) Mobile Home Doctor gets visits from a lot of people with NO prior repair experience. If you are one of them, I hope this helps you keep Mr. Murphy away.

If you are a renovator, remember that demolition is terribly quick, easy, and fun. You would not believe how fast you can turn a faucet replacement into a kitchen renovation.

If you do an in-the-wall repair, don’t get in a really big hurry to cover the opening. Give it a little time to see if your fix is holding.

No one anticipates everything, but hopefully you can limit the damage. Good luck on your projects!

Manufactured home warranties Mobile homes come with warranties. You would do well to read them carefully and be prompt and persistent if you see something that needs to be taken care of. This is where knowing exactly who is responsible for what will be essential. In the factory at which I worked for a few…

A reader asks : “I have a 2010 14×76 single wide, what i want to do is basically add another 14×76 on to the existing structure, i know that i will have to ave a secure foundation for the existing part and for the new part. What i want to know is, in your opinion…

Mobile home faucets come in at least three qualities. This can range from the very cheapest, chrome plated plastic, to brass stemmed units like you would find in a site built home. Unfortunately, the price pressure on manufacturers, especially on low end units, means the cheapest ones are the ones that usually come with a…

I am frequently asked for help finding someone who does good, affordable, repair work. I find that difficult because repair people tend to work in a very limited area and there is no way for me to hear about them. Many handymen won’t work on mobile homes which makes the problem more difficult. I refer… 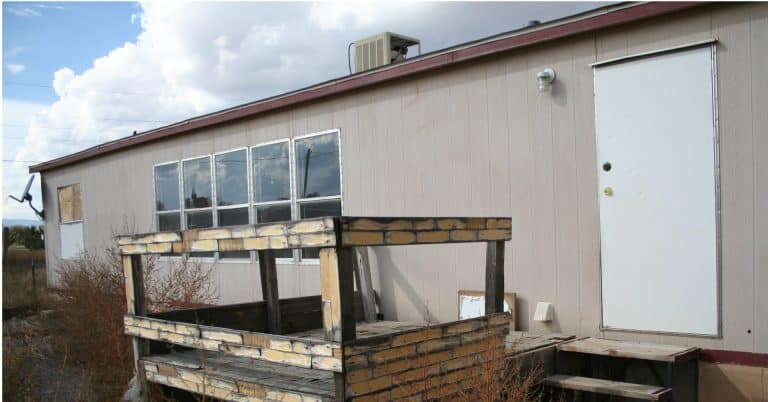 Remodeling a mobile home is a great idea if you see yourself in any of these statements. You have or are you willing to learn basic Do It Yourself skills. You want the most living space for the least money. You and your spouse/partner have a shared vision. You are able to find/negotiate a purchase…